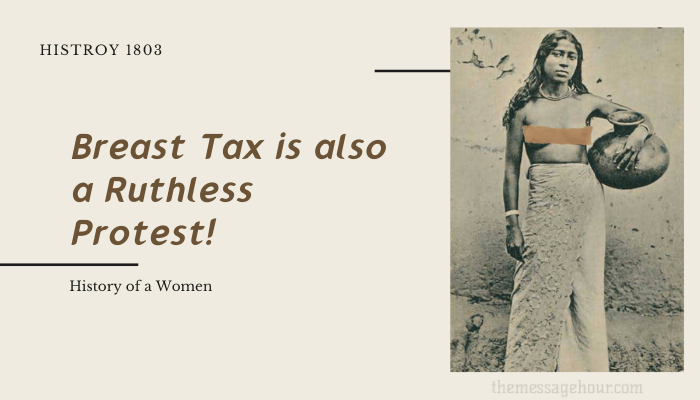 We have already discussed about breast tax. If you haven’t read it, you can read it by clicking here. Today we will discuss who was the first woman to protest against breast augmentation and what happened after that. বাংলায় পড়ুন

The first woman to protest was named Nangeli. Nangeli, a lower caste Hindu woman from the Ezhava tribe, lived in Cherthala, Travancore, India in the early 19th century. Her husband’s name was Chirkandan. The couple was childless. They were very ordinary people. He used to make a living by farming.

What Happened That Day?

On the same day as the other day, the local customs officer of Travancore, who was in charge of collecting the breasts, came to Nangeli’s house to survey whether the lower caste Hindu women were wearing breasts and to collect taxes. The officer noticed that Nangeli was wearing clothes over her breasts. The officer demanded tax from Nangeli for this and repeatedly pressured her to pay the tax.

But Nangeli refuses to give breast Tax. Thus, day after day, the tax collection officer came to his house and began to exert pressure on him to collect the duty. And the matter caught the attention of the temple priests and the local upper caste Brahmins. The customs officials put more pressure on Nangeli to pay the taxes and made her uneasy. Meanwhile, the burden of tax is increasing day by day. 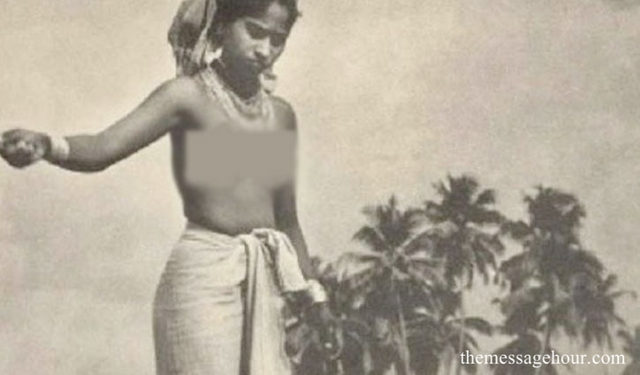 Finally one day Nangeli agreed to pay breast tax. He told them to wait for the tax collectors to come to his house on the appointed day. Nangeli then entered the room and cut off her breasts with a sharp weapon. She wrapped her blood-stained breasts in banana leaves and handed over her severed and bloody breasts to the hair officer as a breast fee.

Nangeli died of excessive bleeding as a result of breast augmentation. Nangeli’s husband Chirukandan Nangeli could not bear the grief of seeing the mutilated body. He jumped into the Nangeli funeral and committed suicide in Cheetah. This was probably the first male satidah in India.

What Happened in that Region as a Result of this Racism?

Nangeli did not want her femininity to survive as a curse. He did not want to accept caste system. He did not want his body to be taxed like consumer goods. She cut off her breasts in protest. Everyone was outraged by his death. People are angry. Eventually the king was forced to stop the barbaric breast tax practice. The most surprising thing is that the Hindu priests at that time said that covering the upper part of the body of lower caste women was anti-religious.

Even though the breast tax was stopped after Nangeli’s death, many incidents were born in India about not keeping the body covered. Even in 1859 a riot broke out in South India over this issue. This riot is known as cloth riot. The subject of this riot was the right of women to cover their bodies. Nangeli, an unfortunate woman who died many years before the riots of 1859 for that right.

Why Graphic Design as a career is So Popular?