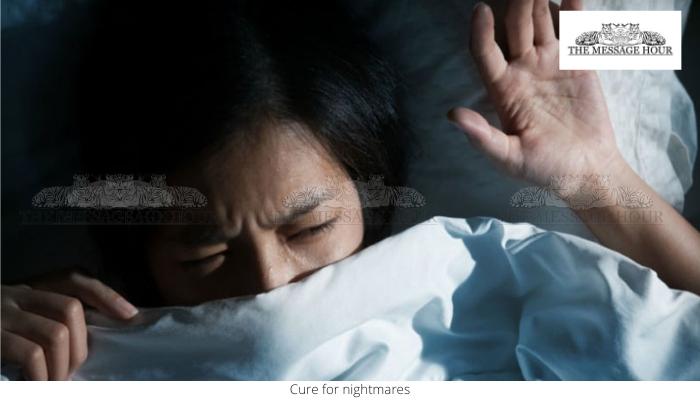 Nightmares wake up, feel uncomfortable, and do not sleep, what is the solution? I also have occasional nightmares. The method I use when I wake up to calm myself down is called the Dream Completion Technique. This method is used in psychological therapy. In this video, I will explain this method and explain the technique step by step with one of my nightmare examples. So that you can apply it from today. I am currently working in the emergency department of a hospital. So I have to see very sick patients and they are treated quickly. বাংলায় পড়ুন

Heart attack, stroke, shortness of breath, convulsions, vomiting. Occasionally 8 to 9 such dying patients are seen in a day. The patient may die if it is too late to take the necessary steps, so there is stress at work. Sometimes I have nightmares when I go to sleep on days when I see a lot of patients or when I am under stress. One day I had a nightmare like this – at the same time there were many serious diseases, some had chest pain, some had severe shortness of breath, convulsions, and many had a quick accident. Everyone needs immediate treatment but I am the only one in the emergency department. The condition of the patients is getting worse but I can’t do anything in my dreams.

The condition of the patients is deteriorating rapidly but in the dream, I can do nothing I am helpless in the dream. In the meantime, I saw that it was raining heavily outside and the tins of the hospital were falling, but there was no tin in the hospital. Just at this moment I woke up and saw that I was very tired. Now that I can get everyone back to normal using this method, this method is working. Imagine creating a new dream in your mind by changing the nightmare. I will tell you how I did it now.

I can help some of the colleagues in the Emergency Ward to help me as much as I can imagine. My doctor colleagues help me and I imagined that Google was my responsibility to heal them at lightning speed. Much like a superhuman, I made all diseases and deaths disappear from my dreams. When we say goodbye to the patients in the hospital, I always say that next time we will see a better situation outside the hospital. They also agree to it. I like to see many patients who go to the market for a long time and I like them very much as their doctors because they have come back to normal life after overcoming their illness. I keep imagining the scene of my new dream and tell myself I want to see such a dream. Then again I fell asleep peacefully and then no more nightmares.

Let me tell you two more stories arranged in a nightmare – in a dream a group of terrorists chased you. You are running away for fear of your life. The distance between you is decreasing. You can’t hurt. How can you change this nightmare? Imagine running around like a Sherlock Holmes with a little bit of intelligence in your head, suddenly tying them up to feed the terrorists. Instead of healing you, they are now captives to you. Please don’t file a police case against them. Suddenly you see a plane dropping bombs on your head from the sky. The whole city is being destroyed. In the new dream, you imagine that you have destroyed the plane with your hands. It didn’t hurt your hands and the townspeople are cheering you on.

Remember that you do not have to follow any logic to arrange the dream. That doesn’t have to be the case. Imagine for a second you were transposed into the karmic-driven world of Earl. Which gives you a lot of joy and can deal with your nightmares. You can think of yourself as Superman, Batman, God. You can think of yourself as the most powerful person in the world. Now the question is when to use this method? After waking up in a nightmare, you will not use this method. After seeing the last part of their nightmare, they will not have a weapon that looks bad. Disrupt the nightmare at this time. Plan your beautiful dreams and go to sleep. This will reduce your chances of having nightmares and if you fail for the first time, you will have to try several times in a row.

Get rid of nightmares and bring sleep

If you don’t remember the nightmare, just remember that you had a dream, what to do? Remember the discomfort you felt when you woke up. Then he would create a peaceful scene by mentally planning the scene of discomfort. Suppose you wake up in a nightmare, gasping for breath. Your body is wet but you can’t remember what the nightmare was. Think of life here and imagine this scene in your mind instead of holding the saloon. You ran and did the last ferry. Now you are crossing the river. The river is standing all around. There is a great sense of peace going on.