Lack of awareness and skilled manpower in kidney treatment 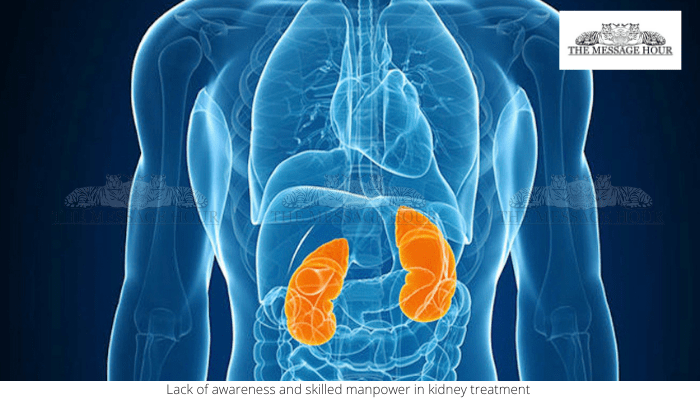 Kidney problem is a big problem especially in Bangladesh. According to the current population census report, about 40,000 patients have kidney failure every year and 70% of them die due to lack of medical treatment or even due to lack of dialysis or complementary medicine. বাংলায় পড়ুন

It has been seen a few days ago that in 2016, a man from Narayanganj was diagnosed with Shakil’s kidney disease. He used to earn about 20,000 rupees a month by doing welding. But for the past five years he has had to come in for dialysis two days a week. Also from Narayanganj to Kidney Foundation Hospital and Research Institute in Mirpur. He had to spend Rs 1,800 for dialysis once. Not only sound education but his alertness and dedication too are most required. He is the father of four children. But now he has sold everything he had for his treatment, including the land he kept for his children, but to no avail.

In a statement on Wednesday, Shakil said, “He has visited many places but to no avail. Each doctor speaks individually. Nothing happens in it. Doctors just change the medicine, increase the amount of medicine but nothing works. Eventually he found this Kidney Foundation Hospital and Research Institute and had regular check-ups there. According to the doctors here, he will have to undergo dialysis for the rest of his life. He will have to stay on dialysis for as long as he lives. He also said that he did not know how long he would survive in such a destitute family or how long he would be able to survive on this dialysis. He can’t do any work at present. ‘

However, if the treatment is improved or if the treatment is available at hand, the incidence of the disease can be greatly reduced. One thing that can be done now is that the government can use 14,000 community clinics. Professor Harun-R-Rashid, Founder and President of Kidney Foundation Hospital and Research Institute,Out of 200 million people in Bangladesh, at least 20 million people are suffering from various complex diseases. However, 80 percent of them die due to lack of kidney dialysis or combination treatment. About 40,000 patients suffer from kidney failure every year.

He further said that there is no policy, strategy or even guideline on kidney disease in Bangladesh. However, according to various statistics provided by the Ministry of Health of the Government of Bangladesh, only one kidney specialist is allocated in the country for 12 to 15 lakh people with kidney failure. It is even said that there are less than 200 trained nurses in this sector. There were 10 approved kidney transplant companies in the whole country before the start of Tao Corona. But now it has come down to 4. In early January this year, Prime Minister Sheikh Hasina announced the inauguration of 460-bed integrated Cancer, Kidney and Heart Disease Units at Medical College Hospitals in six divisional cities of the country. 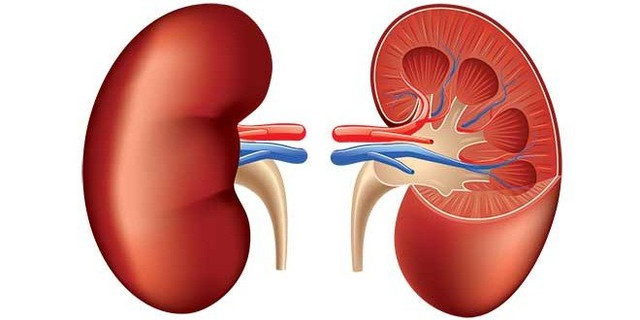 Photo: Collected from the Internet

However, the Prime Minister of Bangladesh is giving a grant of Tk 50,000 per person to 30,000 patients. But in addition to these grants, the Ministry of Social Welfare is conducting activities to provide financial assistance to patients suffering from cancer, kidney, liver cirrhosis, stroke, paralyzed, congenital heart disease and thalassemia.

Sandor Dialysis Services Bangladesh Limited, a non-government organization, decided that the two hospitals would be contracted to provide dialysis services and they were contracted. Then the two hospitals think of the National Kidney Institute Hospital and Chittagong Medical College Hospital in Sher-e-Bangla Nagar of the capital. The reason is that in the first week of February this year, the dialysis of the patients at the National Kidney Institute in the capital’s Sher-e-Bangla Nagar suddenly stopped. As the dialysis was stopped, the patients and their relatives blocked the road and protested. Because at the district or upazila level there is no specialized ahamari good service for this disease. At the same time dialysis is also closed in Chittagong Medical College Hospital. Seeing this, the company decided to sign a contract but stopped the dialysis service as the company owed Tk 21 crore.

Despite all such circumstances, the country is celebrating Thursday, March 10, as ‘World Kidney Day’. However, ‘Healthy Kidney for All, Success in Bridging Knowledge’ is the theme of this day.

In order to prevent this disease, it is very important to control diabetes and high blood pressure, not to take antibiotics or painkillers without the advice of a doctor, to control weight, not to eat unhealthy food outside, to exercise or to walk. Because in this regard, the line director of the government’s non-communicable disease control program. Robed Amin said that the number of kidney patients in the country is innumerable but in that proportion there is a huge shortage in various fields including specialist doctors and nurses.

In another recent incident, doctors at the Center for Kidney Diseases and Urology Hospital (CKD) in the capital’s Shyamoli on January 22 had a kidney transplant donated by a 54-year-old Buli Begum. The kidney was transplanted in the body of 24-year-old boy Zahid Hasan. In all, it costs about 10 lakh rupees. This gentleman had to sell everything from land to house vita. He used to rent a house in Shyamoli for follow-up of the doctor. This mother and son from Panchagarh have to be cut like this.

This Zahid Hasan is a student of Bangla Department of Begum Rokeya University, Rangpur. Then Zahid said on a mobile phone yesterday that he and his mother are fine now. However, his only regret is that the doctor at Rangpur Medical College Hospital saw him two years ago. He did not even warn Zahid or ask him to contact a kidney specialist or help him in any way. He used to leave it with medicines for various problems like urinary problems.

Professor Harun-R-Rashid emphasized on increasing the skilled manpower for kidney treatment. Although he is the founder and president of the Kidney Foundation Hospital and Research Institute, he is an expert in kidney treatment. So he emphasized on increasing the manpower. He added that the government could use 14,000 community clinics to diagnose kidney disease. And with access to medical care, it is possible to reduce the incidence of the disease.

The International Kidney Association has asked seven questions about whether a person has kidney disease. If the answer to these questions is “no”, then it should be understood that the person is not suffering from kidney disease. Professor Harun-R-Rashid further said that people can easily understand such matters. He also called on the government to increase publicity.

Which Food is Important for Retain Your Youth

What to do If you Have Sudden Bone Pain?