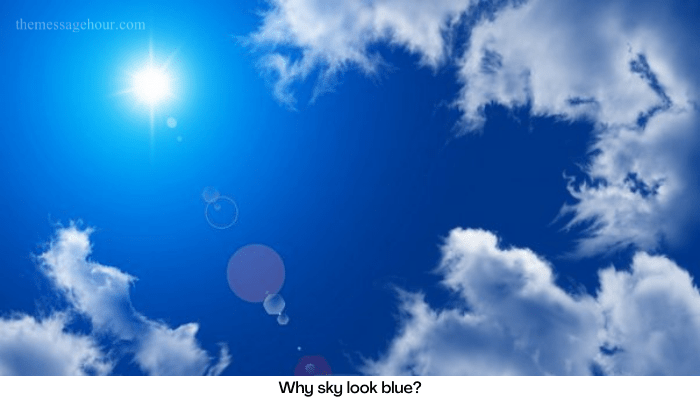 Why sky look blue? : We like to look at the blue sky. If you look at the open sky, how can you feel better?

Look at the sky, then you will find the rainbow, otherwise your life will remain in darkness.
– Charlie Chaplin

Many literary writers have written many poems about the sky.

But have you ever wondered why the sky looks blue? Why is the color of the sky not green? বাংলায় পড়ুন

This question is as interesting as the answer. But if you want to know the answer to that question, you must first know what is the sky? 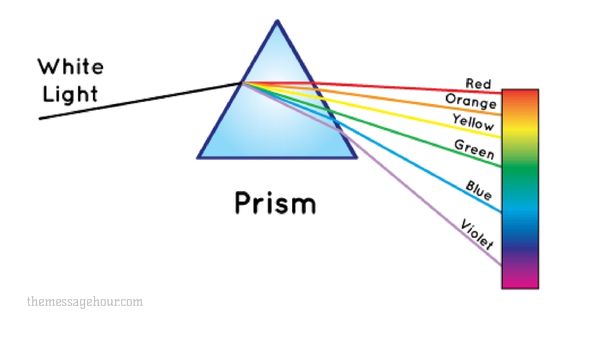 The sky is actually our atmosphere. It is made up of different types of gas water vapor. Due to the gravitational force of the earth, it surrounds the earth from all around. The higher you leave the earth, the lighter the atmosphere will be. And gradually it will no longer exist. That is why there is no atmosphere in space.

Why sky is blue?

There are tiny dust particles floating in the atmosphere around the earth. When light from the sun reaches the earth, it is scattered by those particles. And because blue light has a shorter wavelength, it is the most scattered, according to Rayleigh’s scattering formula. Due to which the sky looks blue in daylight. And at night there is no scattering due to the absence of sunlight and the sky looks black.

Previously it was thought that vapor and dust were all responsible for the blue color of the sky. But later scientists studied and found that if vapor was also the cause of the scattering, then the color of the sky would look different in one place due to the difference in humidity, fog, etc. in different places! So they decided that the oxygen and nitrogen molecules in the various layers of the sky were enough to cause the sky to turn blue.

However, a question may arise, if the wavelength of purple light is less than that of blue light, then why does the sky not look purple? Second, the human retina contains three types of cone cells. They are most sensitive to red, blue and green light than other colors. We see different colors due to the combination of sensitivity of different proportions of these angles. Our eye cells are not ‘ultraviolet’ light-sensitive. For this reason, the sky does not seem dark purple to people.

It is pertinent to note that as the blue light continues to scatter more towards the bottom of the earth’s surface, the color of the sky near the horizon gradually becomes paler.

After reading our discussion, you may know why the sky looks blue. We have tried our best to give you a detailed idea about this. We always make such funny and educational posts on our website. So if you want to know the discussion on such interesting and fun topic then you can visit our website regularly. Also, if you are interested in any subject, you can let us know by commenting in our comment box. We will do our best to answer all your questions.

Film Studio to Be Built in Space by 2024

How Were Taken 13 Billion Years Ago Picture